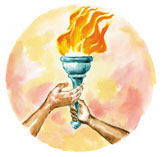 My blogging friend John Dobbs just challenged me by a Facebook e-mail to participate in a blog/Facebook meme saluting a minister who has been influential in my life, and while there have been several, one name stands out.

I’ve only mentioned him, I believe, in one post before, and that is a slight of unforgivable proportions.

My childhood minister at Fountain Square Church of Christ in Indianapolis, Indiana was David H. Bobo.

I cannot think of any incident that better illustrates his character than the one related by Leroy Garrett in this (undated) article in his Restoration Review:

David H. Bobo, Fountain Square Church of Christ in Indianapolis, wrote in his church bulletin of the death of a fellow minister in the Church of Christ in the same city, W. L. Totty, a man who had vigorously opposed him for many years. Bobo explains that he and Totty were both trained in the “old school” of the Church of Christ, but that he was soon compelled to move in a different direction, especially in reference to Christian ethics and Biblical teaching. Now that his old antagonist is gone, Bobo writes: “In spite of the fact that my reputation among people who do not know me suffered greatly from his attacks, I am glad I knew Brother Totty and I hold no ill feelings about him. I can say with all the sincerity of my heart, ‘God rest his soul.’” Upon reading this I passed it along to Ouida. “How tragic,” I said to her, “it is enough to cause one to weep.” Jesus came to make us brothers and to cause us to treat each other as brothers. And yet even preaching brethren spend a lifetime together in the same city as enemies, all in the name of sound doctrine. While we appreciate David Bobo’s forgiving spirit, let us hope that stories like this among us are rapidly becoming a thing of the past. It is high time for us to realize who the real enemy is. As for David Bobo, it should be more widely known that he is one of our best educated ministers and ablest scholars, as well as a devoted Christian. He is presently teaching both Hebrew and Greek at Indiana Christian U., along with his ministry at Fountain Square. That school recently honored him with a D.D. degree, as if he needed another degree! I regret to add that all these years he has been one of the most maligned men among Churches of Christ.

My dad, an elder at Fountain Square until his death in 1993, attended that funeral and I remember hearing him tell my mom that David Bobo’s eulogy was completely gracious. That was for a man who unrelentingly and regularly attacked him (and many other local ministers of churches of Christ) in his church bulletin. I learned many years later that several of them were asked to conduct the funeral, and only Br. Bobo was willing.

David Bobo preached grace alongside of law, and gave me – gave my home church – a glimpse at the great span of God’s true nature, and he did so at a time when such views were obviously not just unpopular, but considered heresy by some.

Now, as charged by John Dobbs, I pass on the challenge of the meme to you: “Post a tribute to the minister that has blessed [you] the most.”