I’ve had to wish many friends and acquaintances the blessing of God’s own comfort in the past few weeks, due to all kinds of losses: of love, of job, of health, of loved ones. I believe He extends it, and if I didn’t believe, I wouldn’t bother to pray for it. Sometimes, however, the need for that blessing comes so thick and fast and frequently that you wonder why … why do I have to ask; why isn’t it just there; why is there all this pain and loss and emptiness, and why is God not intervening to help? 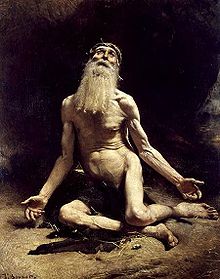 Because of a friend losing her father this week, I’ve returned once again to the puzzling biblical book of Job and the man who dares to ask why.

When a parent or spouse or child or other loved one dies, you want to shout questions at the One who could have prevented it, and if you are bold enough you do.

That part of the book is no puzzle; Job speaks his questions and accusations at God. The puzzle is why God answers.

He doesn’t, usually, you know.

But He believed in Job, and He must have believed that Job deserved some kind of answers.

What He gave Job weren’t answers, but more questions.

And I think I have always read His answers from chapter 38 on as if He were shouting them (maybe even angrily at being accused); after all, the scripture says, “Then the Lord answered Job out of the storm.” He would have had to shout over a storm to be heard, right?

He could be whispering these responses and still be heard … maybe just because He is that close to Job and his friends.

Re-reading the responses, it occurs to me that anyone but God shouting them angrily would sound ultimately arrogant. In fact, maybe even God would. Was that His response to Job’s questions? Anger? Shouting? An attempt to beat down Job even further into the ground? Wasn’t this the Job He believed in when the Accuser wagered that he would recant all faith? Aren’t these legitimate questions?

I’ve had to re-think what I imagined. I now have to wonder if God spoke this responses tenderly, quietly, with reassurance and comfort to the man who had just lost almost everything … the one man He could bring up as a test case before the Accuser and be certain of winning a wager.

And God’s response, first of all, was (in essence): “Job, you can ask all the questions you want, but that doesn’t mean you can understand the answers.”

I have to wonder if God lovingly, broken-heartedly came close to Job to reassure him that the universe was still in good hands. That bankruptcy and destruction and death happen, but that God is still in control. That he is not forgotten or unimportant or unloved in this world where sin can make life miserable.

So I believe the third thing God is telling Job through these questions is: “Trust me. I’ve got this.”

He doesn’t say it right out. He lets Job draw those conclusions himself, because He knows Job can and He knows Job will.

Just as He knows that Job will pray for the friends who have made his life even more miserable with their own accusations against him.

Job, like David, is a man after God’s own heart.

Maybe because, deep down, when everything and everyone else is stripped away, God is a god after Job’s own heart … and Job knows that.

I had to tell my friend this week that I wish I had answers to questions of why, but that I was afraid the answers would be no comfort.

Because if they were, God would have given them to Job.

One thought on “God’s Own Comfort”